While we have lawyers willing to work Pro Bono on the lawsuit, filing legal documents will be costly. We are therefore accepting donations to help us STOP THE HOMELESS SHELTERS ON STATEN ISLAND.

Your donation will be used solely for the purpose of stopping the shelters.​

Say No to Homeless Shelter 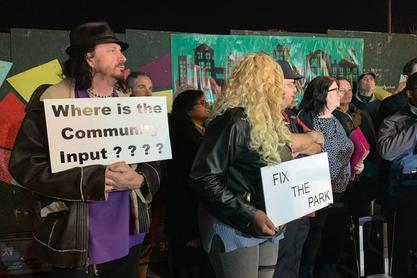 Department of Homeless Services announced that they would be going ahead with building a 200 unit homeless shelter at 44 Victory Boulevard - right in the heart of the Bay Street Corridor where more than $1 Billion private dollars have been invested in projects such as Empire Outlets, Lighthouse Point, Minthorne and URBY and tens of millions of public dollars have been invested in grants to Local Development Corporations and business organizations to attract and retain businesses and to improve the surrounding community.

While the Staten Island Downtown Alliance applauds the government for creating a plan to address the homeless crisis, it rejects the notion that Staten Island must accept 3 shelters (one for each Community Board as is proposed for other boroughs) because Staten Island is lacking too many of the necessary services that would help a homeless individual get back on his/her feet.

The list of how Staten Island is lacking in opportunities for its residents is long which likely contributed to the homelessness of these 1,300 individuals. Instead of hobbling them further, why not transition them in shelters close to needed services in Manhattan while using the funds for the lease for the SI shelter to build permanent affordable housing which can serve the homeless and reduce the problem in the future? .