20 years experience in the public relations field. Previously served as Vice President for Community Relations and Intergovernmental for the Battery Park City Authority, a 92-acre planned community located on Manhattan’s lower west side across from the former World Trade Center.

Served as community liaison in New York City to Mayor Rudolph Giuliani, then to Governor George Pataki. Through her work, Ms. Remauro participated in historic government events such as the closing of Fresh Kills Landfill and the 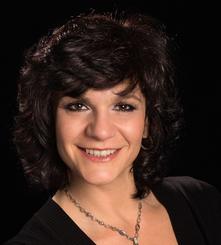 Ms. Remauro is trained in cultural diversity, community and business affairs as well as emergency management. Currently serves as Chair of Community Board 1 in Staten Island. She sits on the board of si350, Alice Austen House and The Staten Island Creative Community. Her past community service includes membership on the boards of: The American Red Cross of Greater New York, The Staten Island Institute of Arts and Sciences, the New York State Junior Chamber of Commerce, The Community Resources Training Services Board of South Beach Psychiatric Center and the New York City Increase the Peace Volunteer Corps.

Author of two books – “Patric’s Saga” and “I’m Not Fat, I’m Just Big Boned and Other Lies We Tell Ourselves” both published by IUniverse.